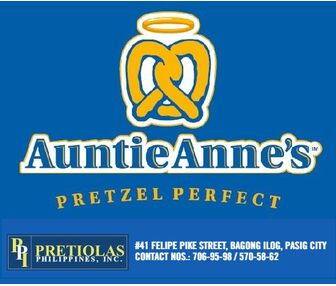 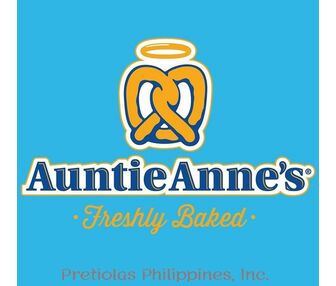 Here in the Philippines, Pretiolas Philippines, Inc. (PPI) is the exclusive country developer and master franchise holder of Auntie Anne's. PPI opened its first store at the SM City North EDSA on December 6, 1995, with no less that "Auntie" Anne Beiler gracing the occasion. It did not take long for the Filipinos to embrace and love the entirely new concept offered bu Auntie Anne's.

In no time at all, long queus started to develop prompting PPI to open another outlet, SM Southmall, barely a month after the first store became operational.

We continue to bake by a certain philosophy that keeps people coming back for more delicious dough. It's easy to see: We are so much more than just pretzels.